Beyond the Borders (Dilly Arts)

Beyond the Borders is a project led by Dilly Arts to which Attaya Projects contributed. It resulted in a permanent museum exhibition at Hexham Old Gaol – the oldest purpose-built prison in England, dating back to the time of the Border Reivers. Augmented-reality “time windows” bring visitors back in time to meet prisoners of the past narrating their stories (all historically accurate), as written by current local North East England prisoners. 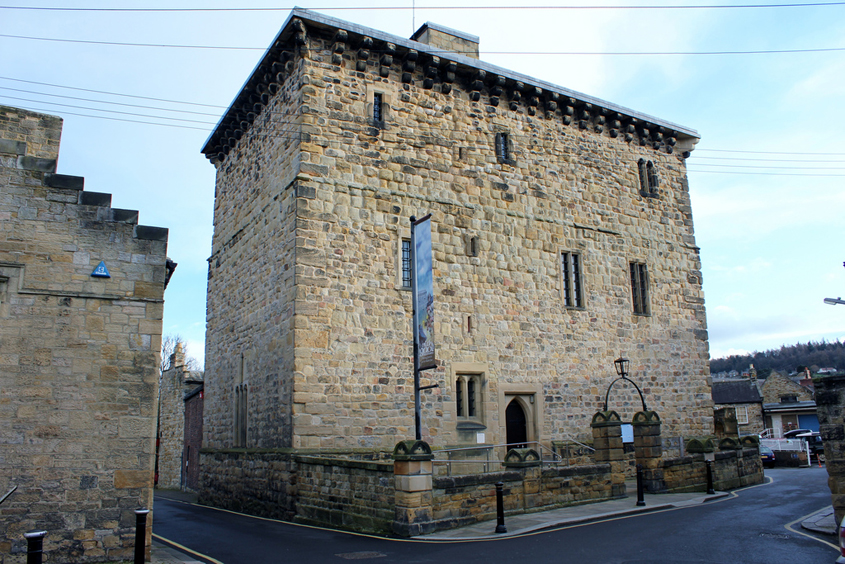 Hexham Old Gaol is not only the oldest purpose-built prison in England, it is also a museum that conserves and exhibits the local historical heritage of the Border Reivers, a tightly-knit family-based community of raiders along the Anglo-Scottish border from the late 13th Century to the beginning of the 17th Century, from which many present-day local families descend. The Old Gaol is a popular destination for schools and families, with displays throughout the building.

Working with content produced by the other project partners, Attaya’s role was to create an interactive experience for the Old Gaol’s visitors that would give them the impression of looking through a window through time: Visitors would witness a scene from the Border Reivers time unfold in front of them as if it was happening live in the same room, only revealed through the “time window”: When looking at the room through this window, do I see the present day? Or am I looking at the exact same room and what is happening in it, only several hundred years ago?

In order to achieve this experience, we used Augmented Reality, a technique becoming increasingly popular in museums, in which digital content blends with a live video and/or audio stream in real time to make it appear as if it was actually part of the space. Each of the three museum rooms of the Hexham Old Gaol has one tablet computer dressed as a historical artefact and running an augmented reality programme, one hidden wireless speaker and one visual space marker. As the visitor picks up a tablet, looks at the screen and directs it towards the visual marker in the room, an animation appears through this window, situated in the space: A character’s story starts to unfold on the screen with the actual live space behind them as a dynamic background and their voice coming from where the character would be standing or sitting. The visitor experiences this as if the character was in front of them, narrating their story to them. 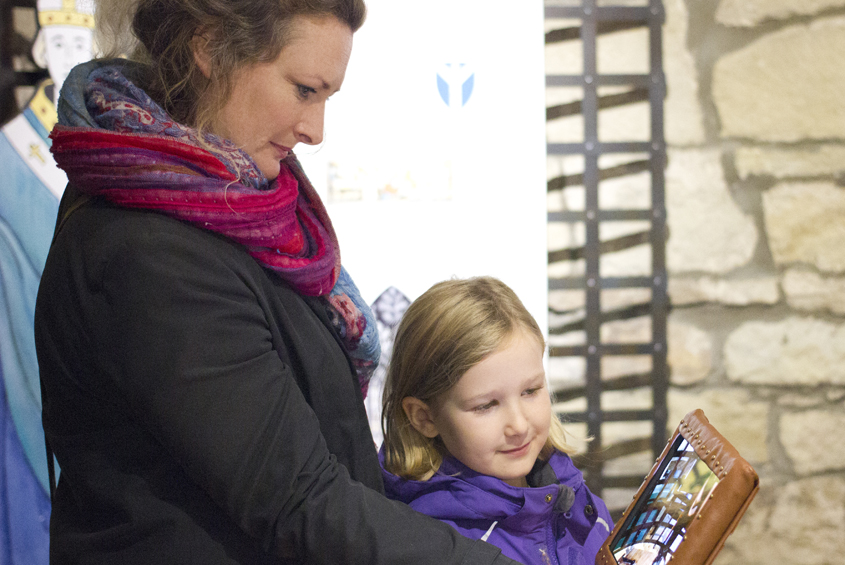 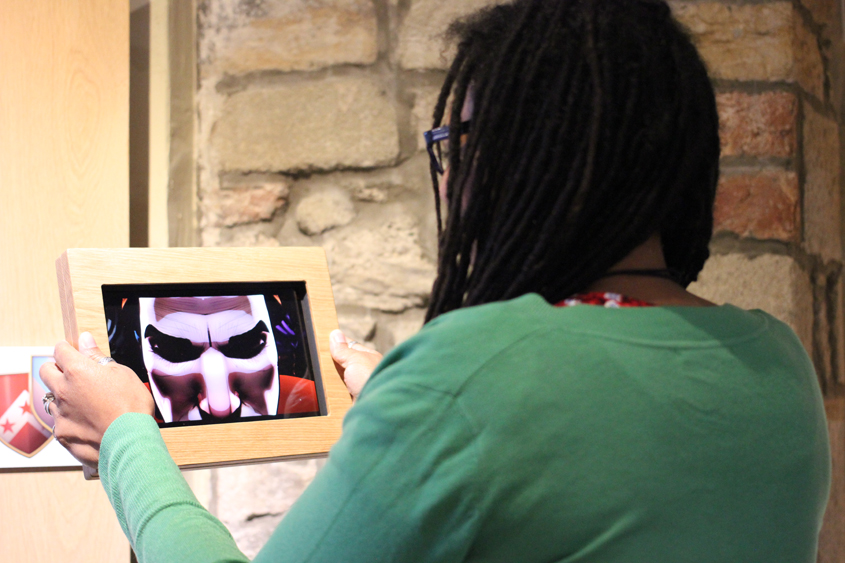 Led by Dilly Arts, the project started with a series of participatory workshops during which inmates inside three different prisons in North East England worked with writer Sheree Mack and historian John Sadler to write the historically accurate stories of three fictional past prisoners of Hexham Old Gaol. These stories were then brought to life by animation studio Arcus Studio, as 3D characters and animated short movies (watch the animated short movies here). In parallel and subsequently to this process, Attaya Projects worked closely with Nick Lewis from Arcus, curator Suzy O’Hara, and the museum’s staff, in order to fit these stories visually and physically into the museum’s space and thereby deliver a compelling experience to visitors.

Lalya worked on the technical and interaction design aspects of the project while Anya worked on the physical aesthetic appearance of the artefacts. Placement and display of the tablets was carefully designed in order not to interfere with other displays in the museum and give enough room for the visitors to comfortably experience the piece.

To design this experience, Lalya studied the Old Gaol’s rooms, the way people move through them and how they would be interacting with the tablets in them. She used the Vuforia SDK for Unity 3D to create the augmented reality effect and used wireless bluetooth speakers to make the narrative’s audio come from specific locations inside the room – where the characters would actually be – rather than from the tablet, thus strengthening the illusion that the story is happening in a specific place in the room itself. 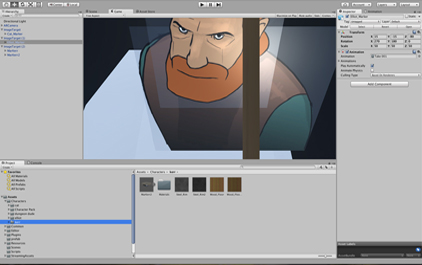 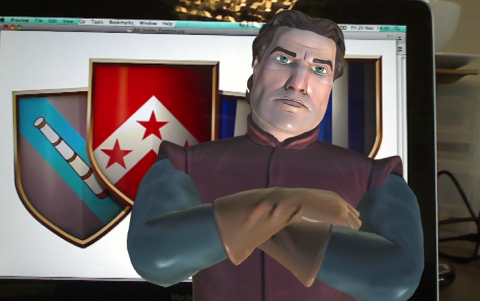 Placing the characters into augmented reality

To transform the tablets into “historical artefacts”, Anya dressed each of them with materials typical of the time: wool and linen textiles, leather, and wood – all of which strongly feature in the environment of the museum. She also brought in elements symbolic of the characters and their stories into the appearance of the artefacts. This was to create a subtle backdrop to the stories that provided a tactile dimension and made the stories enter the space in a physical form that can be explored side by side with the animation. The space markers that are placed in each room and trigger the stories are the actual Border Reiver family crests of each of the characters, which Anya also used to decorate the back of the artefacts.

By combining physical and digital designs and working closely with the animation designer, curator and museum’s staff, we were able to create a tactile and audiovisual experience that transports the visitor into another time and makes them engage with the History of the Border Reivers on an interpersonal experiential level. The format allows for several people to interact with the piece at the same time, and caters to people of a wide spread of sizes, ages and abilities. 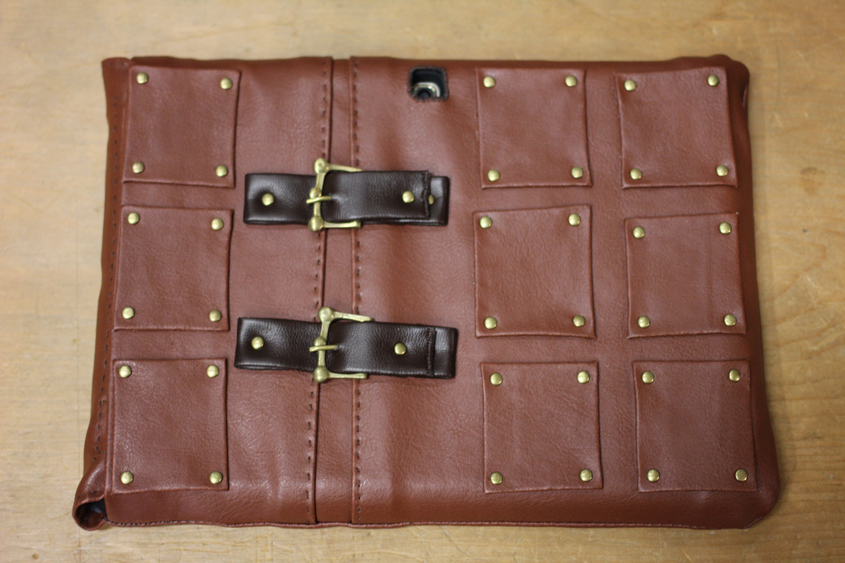 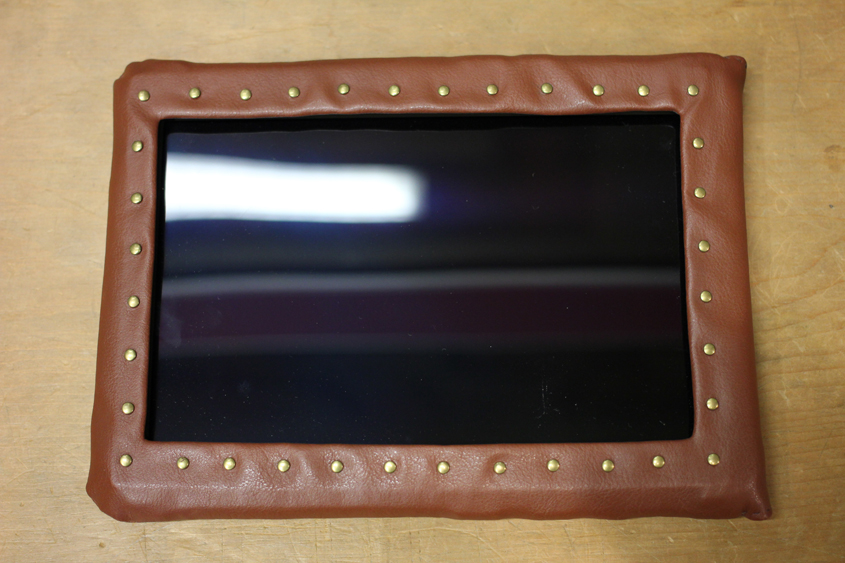 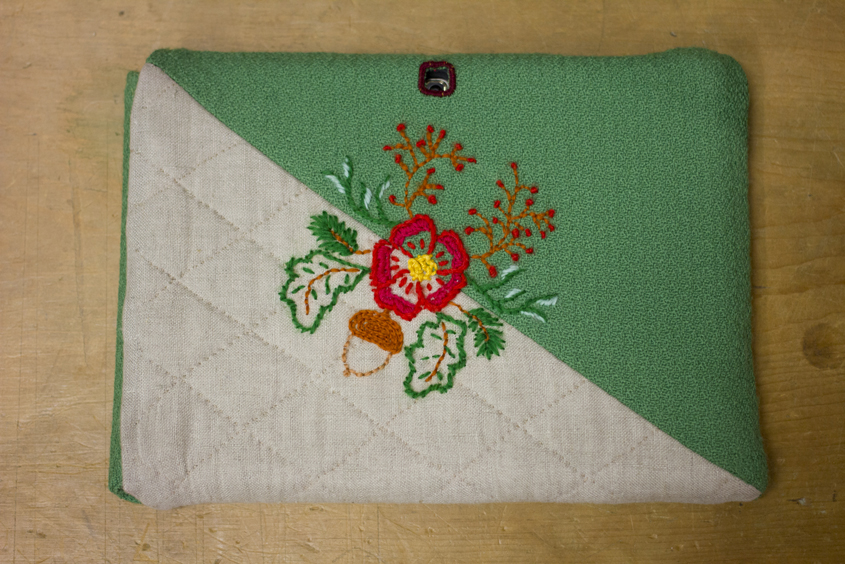 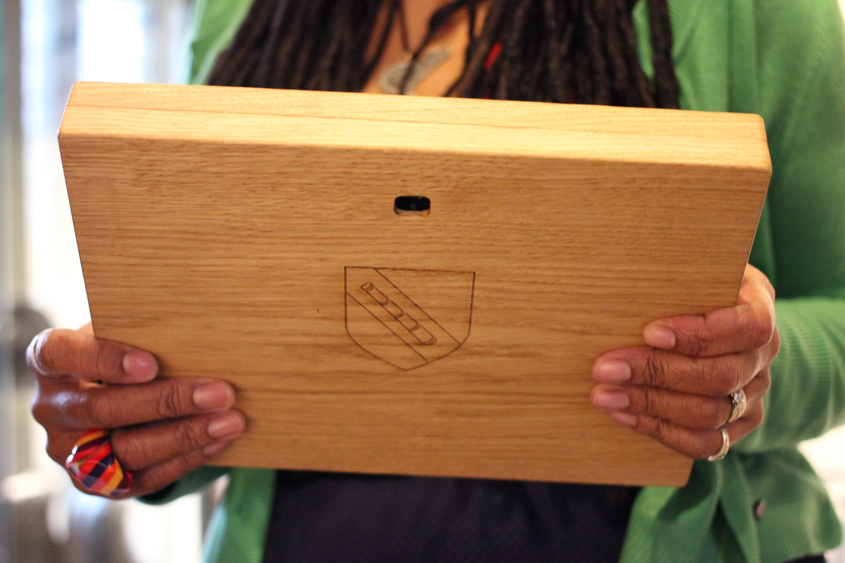 Beyond the Borders was also apart of the arts programme at prisons HMP-YOI Low Newton, HMP Frankland and HMP Durham, and includes online education packs for schools about the Border Reivers on the official website, produced by Boxwell Design. 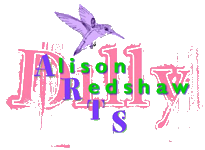 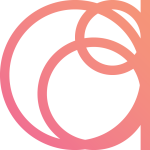 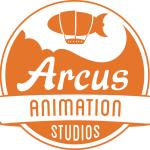